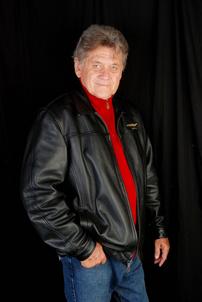 Dave is originally from Chatsworth, California, and also lived in Huntington Beach, where he was a professional motorcycle racer and adventure rider. Dave has traveled all over the world on his motorcycle, and many of the adventures and characters in his novels are based on true-life experiences and people he has met on the road.

Motorcycle High introduced the character of Rock Pounder and his unique group of friends, as they raced across Russia and Europe on a mission to keep a nuclear program out of the hands of enemies. The Key to Cabo brings back many of the same characters and adds some new friends, as well as new enemies, as they are pursued across Mexico by a drug lord who is intent on keeping $250 million in drug money away from the DEA.

In Diamonds Are Wild, Rock Pounder and his band of misfits race to save Las Vegas from a terror attack, while also tracing $50 million in missing diamonds that may or may not be connected to the possible attack.

Dave currently lives in McKinney, Texas, where he is now a full-time author, although he still finds time for adventure riding with friends.